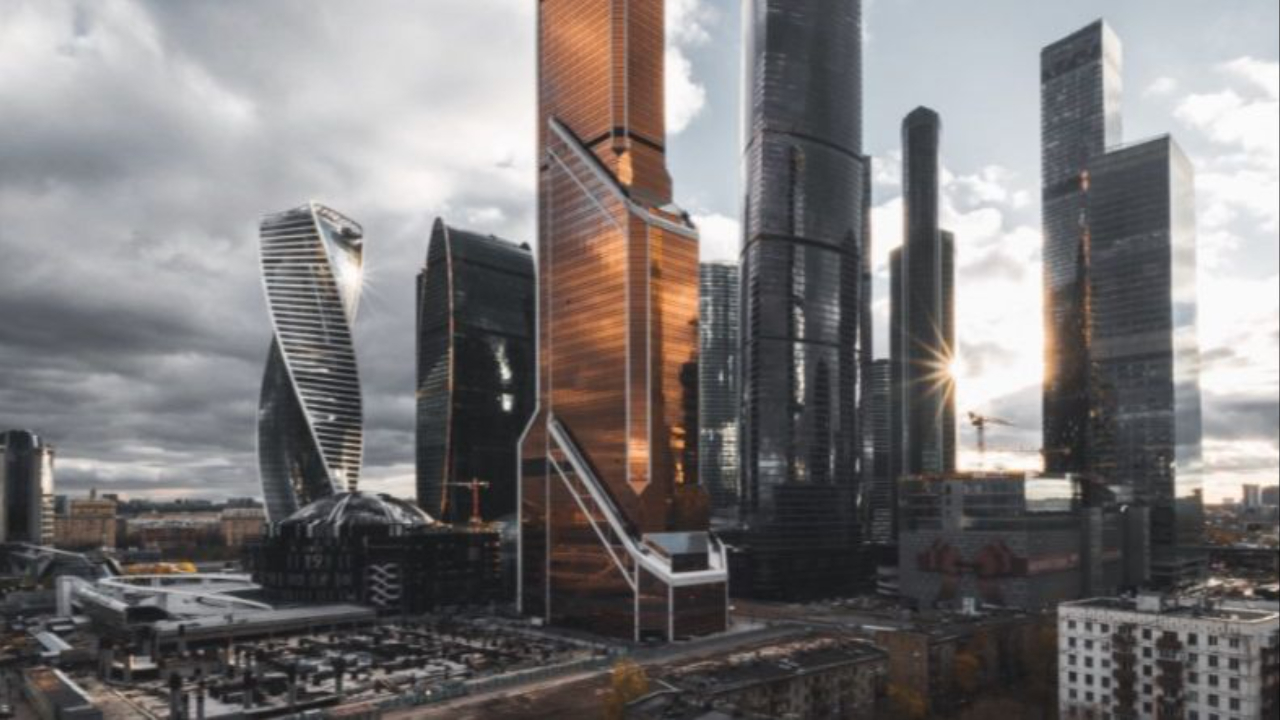 I spend most of my time with founders, CEOs, investors and sales leaders that either want to progress from founder-led sales, or want to move upmarket into the enterprise or both!

The best founders want to move upmarket for good reason. Typically they have built a strong product-led growth business targeted at smaller businesses, but see application at scale in larger companies.

But it’s not always the way. Sometimes they sell to larger companies but have not made themselves core to their customer’s business, or their application is pointed in a direction that provides less value than if it pointed a few degrees elsewhere.

In my last 3 firms, I operationalised this move successfully, but all were very different scenarios, and I want to break down some of the key facets that made those moves upmarket possible.

In my next 3 newsletters, I’ll break down what I found when I turned up at each of these companies, how I successfully influenced the executive team and investors, and what the results were, starting with Maxymiser.

Maxymiser was and still is a content optimisation platform. We were one of the companies that ushered in the era of AB and multivariate testing of website and landing page content to improve online conversion rates. We competed with companies like Optimizely, Sitespect and Google’s free tool Google Website Optimizer (GWO).

When I turned up at Maxymiser I discovered they’d done a good job of getting in front of a number of decent brands - one of the founders, Mark Simpson, was a top salesperson in his day, so I was not surprised.

However, there were multiple challenges I observed.

I’ll dive much deeper into how I addressed these challenges shortly, however regardless of these observed challenges, unless the leadership is prepared to fully embrace what it takes to successfully overcome these challenges it’s a non-starter.

I look for attitude as a first base.

At Maxymiser, the small team of investors and founders were ultra determined to do whatever it took to succeed, and there was absolutely nothing that they would let stand in their way.

It was obvious to me from the outset that there were no sacred cows at Maxymiser. It was not growth at all costs, because the investors were prudent - for example, they had an ultra-low but high-quality engineering cost base in the Ukraine - but it was “we’ll do whatever it takes” to succeed.

The 2 main investors, Bill Dobbie and Max Polyakov were laser-focused on finding a way to win. Max, the original founder of Maxymiser, and a bright and charismatic rocket enthusiast from Ukraine was shooting for the moon from day 1. Many were intimidated by his thick Ukrainian accent and never-ending energy and ‘crazy’ ideas, but I always found him inspirational. He came with wild opinions on how to grow the business ultra-fast which got me thinking long after every meeting.

So many founders fake the desire to do the work to adapt to move upmarket, but not these guys, I sensed very quickly they were prepared to go all in, and that was a sound basis for change.

These 5 areas were the key areas of change that enabled the move upmarket:

1. Self serve to managed service

As far as I could tell, the strategy up until the point I arrived was to copy everything Optimost did (the leader in the space at the time), but execute better and more efficiently.

There were a few challenges with that approach, but the biggest was that Mark and his team were over-promising.

This surprised me because in our time at Hitwise together Mark had been a stellar enterprise salesperson, and we all knew overpromising was the death knell of any pipeline long-term. However, this was different, this was survival mode, and a scrappy start-up looking for a foothold of any kind. Stretching the boundaries is often the only way to get a start-up rolling, so I reconciled quickly that over-promising was a way in… ..but I also knew it was a fast way out! So regardless, change was needed otherwise churn would kill us.

The anecdotal NPS score of the customers and the forecast churn looked terrible. I spoke with every customer I could get in front of, and they all said something to the effect of “concept is great, execution is poor, we just can’t get the results”

We knew they weren’t getting the results because they did not have the technical know-how to get the best out of our platform, and critically I concluded they did not really have the time. At this point, website optimization was bundled into the role of webmaster and marketing manager, it was not the focus of online businesses, many of which were still 90% offline.

So, in my opinion, we had no choice but to temporarily run our business as a managed service offering, whilst we built incredible products in the background that could be self-served. That was my clear advice, and the guys took it.

I felt we were creating a movement. Or at least had the opportunity to. I was very passionate about the value Maxymiser and our competitors were creating in the space.

We were literally moving best practices from ripping and replacing a landing page, or sometimes a whole website, to testing the impact of that change with a statistically significant live audience and being 95%+ confident of the impact of such change on conversion rate, BEFORE you made the change.

This sounds obvious today, but believe me, back in 2009, it was far from obvious to the vast majority of people.

However for those in the business of creating content, having some kind of safety net and platform to test multiple ideas simultaneously got juices flowing, and the potential impact was huge.

This meant that we had lots of compelling content, messaging and opinions we could write about, but most importantly over time, we felt that companies would dedicate resources and ultimately build teams around this motion of content optimisation themselves.

And we needed companies to do that so we could scale more efficiently. We never wanted to deliver managed service in perpetuity, that was not the plan at the time at least!

So we set out to encourage companies to use our managed services to get rolling, but then to upskill people internally to own this themselves as time passed, it was a solid pitch, and worked to some extent!

By the time I looked at the business, they had done such a good job of getting in front of customers that the 800lb gorilla in the market (Optimost) were well aware of who Maxymiser was, but they were also well aware we felt we could deliver a better product for a lower price. So in 2009, before AB testing was the MO of content marketing, a race to the bottom on price was ensuing! This was nuts and made no sense to me, there would only be one winner - them!

This was yet another signal to me that the go-to-market approach was broken at Maxymiser. Neither Optimost nor Maxymiser were focusing on the value they provisioned, so given I had made the case to switch to a managed service, and given I felt the value exchange was suboptimal, this presented the perfect opportunity for me to adapt the value proposition and in turn significantly impact price.

Overnight we went from self serve, to managed service; from “this is what you need to do to get results”, to “this is what we will do for you to help you increase your website conversion rates significantly”.

Our cost of sale increased overnight, but by less than you’d think as we were already doing much of the heavy lifting but not charging for it. But most importantly, our ACV climbed almost overnight from the £10/$13k range to >£50k/$65k range!

4 & 5. Selling too low and with the wrong messaging

One thing I still see today is a lack of ambition or confidence directly impacting the price people charge for their products and services. Or often a premature desire to scale, or just some need for instant gratification. There was definitely a bit of all of this going on at Maxymiser when I turned up.

My first question to myself was, is the price so low because they are just speaking to the wrong people in the organisation, or is it low because that’s reflective of the true value being exchanged?

I was certain it was not the latter, so I was determined to move the message significantly higher in the organisation and start speaking the language of the CEO or the CMO. Selfishly that’s where I was most comfortable too, so with me coming in, this was going to happen regardless.

Selling high in organisations, when your GTM approach is not product-led, to me is the only option. It does not mean you cannot sell across the org, in fact, you should, but you must always seek out the economic buyer and build a narrative that speaks their language.

That wasn’t happening at Maxymiser and was a huge opportunity.

As I pointed out at the start, attitude is everything in startups. Bill, Max, and Mark went all in, and largely gave me free rein to adapt pitch and messaging and worked closely with me to adjust the way we delivered the managed service.

This was really an accomplishment in pivoting the business to find product-market-fit AND simultaneously evolving from founder-led sales to building a fully blown GTM engine.

Those first few months laid the foundation for the next 4+ years of go-to-market at Maxymiser, which ultimately saw the company exit to Oracle in August 2015 for ~$180m.

Attitude is everything. If you have the true desire to succeed there can be no sacred cows. This is hard for many founders. It’s their baby, and in some ways you’re calling it ugly! For some founders, that’s a more delicate conversation than others.

Today, as I consult with startups that want to make a similar evolution from founder-led sales, to find product-market fit, or to move upmarket, I over-index on founder attitude. Do they want to succeed, are they prepared to put the work in, or are they looking for a silver bullet?

In 20+ years of doing this, I’m still to come across a silver bullet 🙂

Good luck folks, you’ve got this 👊🏼